Those who have been following our Facebook page or Instagram will know about Eden’s regular bouts of tonsillitis. She had her first diagnosed case just before her second birthday. It led to the majority of our Florida holiday being spent in the hotel room as she was just so poorly, but the antibiotics had her right as rain in no time at all.

Since then she’s had it every couple of months. Touch wood, we are in a phase at the moment when it hasn’t appeared for some time. Her last case was in October 2019, which was number eight or nine since she was two. Just before we went on holiday last year, I booked her into the GP to see if we could get antibiotics to take with us to save her the USA urgent care visit. We left that appointment with not only an antibiotic prescription, but a referral to Ear, Nose and Throat Clinic as well.

It hasn’t just been the tonsillitis, though. Eden also snores like a train and does that really fun thing where it almost seems as if she stops breathing. She’s also perpetually tired. She will still sleep for twelve to fourteen hours if you let her. If we do anything during the day, she will take a nap given the chance. I learned from Sawbones (a medical history podcast that I love) that people with obstructive sleep apnea are seriously tired. Although we do let Eden sleep in as much as we can, we have realised recently just how much the gigantic tonsils are affecting her day to day life. 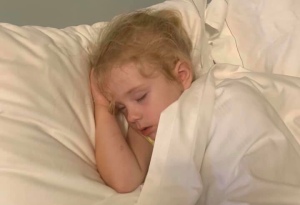 A couple of appointments were cancelled and rebooked, and yesterday the appointment date finally rolled around. Eden was pretty nervous. She had heard me on the phone to the hospital a couple of weeks earlier and fully freaked out. She kept asking if she was going to have injections or if people were going to poke her with stuff, so Aiden and I have been doing a lot of reassuring her.

We went along to Lewisham Hospital for her appointment and were there SUPER early. I left the clinic to go and find a toilet and of course that’s when Eden was called in! I came back to an empty waiting room and the reception staff said she was having a hearing test, so I couldn’t go into the room with her. So, I waited. I felt guilty because I’d done a lot of prep for this appointment and I hoped it would be an easy ride, but I also knew how nervous Eden was and hoped she was ok.

The two of them came out looking pretty happy. Turns out Eden had thrown her mouth open immediately, the consultant took one look in her mouth and was like “yep. We need to take those out.” No fight. No questions really. A look in her mouth was enough to see the problems the tonsils are causing. Of course, the consultant did ask some cursory questions about whether she snores and about her having tonsillitis, but I think seeing her tonsils does the job. They will also be removing her adenoids as well, which will hopefully result in her sounding less like Darth Vader when she sleeps! 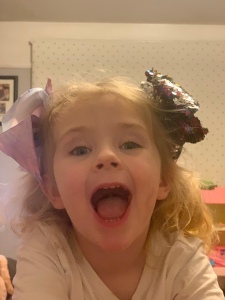 So, we’re awaiting a surgery date. They said hopefully within the next six to eight weeks, but we will see. Don’t get me wrong, the idea of her having surgery is frankly terrifying to me and I don’t think it’ll be a walk in the park. But on the same vein I’ve lived my life with rather large tonsils and I know what a difference it can make to life quality, so it’s an easy benefits over risk here. I’m also glad that she will have it sorted before starting school. I had my adenoids out as a child as well and have absolutely no memory at all of it, so I’m hopeful for similar for Eden.

Updates when we have them, but I’m glad the tonsils are coming out! 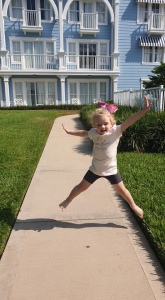