Infertility, Me and The Great Sibling Debate 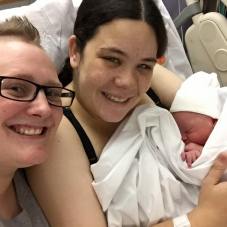 Twenty four months, we tried. Twenty four months over three years. Twenty four months of peeing on endless peesticks, arranging donations, taking temperatures, wishing, hoping and then the conclusion. The inevitable period. Except for two of those twenty four cycles. It was cycle thirteen that we saw our first glimpse of a positive pregnancy test – that elusive “BFP” that people on the forums spoke about like it was an easy thing to achieve. The squinter of a line that never did really become a dark line. The blob on the ultrasound screen that never had a flickering heartbeat. The twelve hours of contractions that ended in the loss of our first baby. That life that was stopped before it even started. Then there was the recovery. We jumped right back on the horse and carried on trying, the echoes of “you’re more fertile after a miscarriage” in our minds.

It took another nine cycles. two of which involved clomid, which made me more than a little bit crazy. Another nine cycles of peeing on sticks, arranging donations, a dabble with Ovusense (which was a waste of everyone’s time) and then good old traditional temperature taking. We saw two lines! We did it! And this time my GP had been forward thinking enough to back up the clomid with progesterone pessaries, to keep baby “Chip” sticky. Through a relatively uncomplicated pregnancy, Chip became Eden. One induction later, she was in our arms. 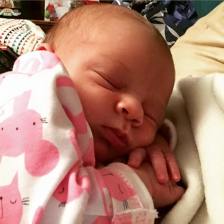 I honestly think that infertility changed me as a person. It changed me as a mother even before I was one. It changed Amy and I as a couple. It provided me with an appreciation that I didn’t know was possible. It made me more aware that everybody is different and that some things that society sees as “the norm” are in fact the opposite. Oddly, I made some of my best friends through infertility and the fact that we went through that together when others turned the other cheek is a testament to the kind of friends I made. The kind of friends I needed and still need in so many ways.

Lately, people ask “when” we are going to have another. I think it’s because Eden is around that age where a lot of kids start getting siblings. For a little while, it was something we considered. We even asked Superhero Donor some time last year if he would be able to help and he agreed. But what happened, over time, was that we realised that the only reason we wanted another baby was because society said we should have one. It wasn’t because we want or need a second child. It was just what society said we “should” do. Don’t get me wrong – I’d got through it all again in a heartbeat for Eden. I just don’t think we need another child.

Would it be different if we could just “try and see what happens?” Maybe. Would it be different if we didn’t have infertility and loss behind us? Probably. But we do. And those scars are part of what makes Amy and I the parents that we are today. The experience may be far in the past, but infertility will always be a part of me. Just like a physical scar, the experience of going through infertility and loss will be something that shapes how I look at the world. Far from a negative, though, it reminds me to be grateful for the wonderful little human that we have.

6 Responses to Infertility, Me and The Great Sibling Debate