We Have A Two Year Old!

Technically, we’ve had a two year old for almost a month now! On December 14th, the Girl Who Changed Everything turned two whole years old. And she did it at Walt Disney World, Florida. We had a great day at Disney’s Hollywood Studios having breakfast with her Disney Junior favourites and meeting Star Wars characters. Here’s how Eden is doing at two years old…

Eden is firmly into 2-3 year clothing now. Although oddly, she still fits some 12-18 month onesies, but they’re becoming fewer and fewer. As usual, I’m not sure how much she weighs or how tall she is. She was measured and weighed in Orlando and placed under “distinctly average”, so that’s always a good thing. When we were in Orlando she had a rush Minute Clinic visit and was diagnosed with her very first double ear infection, which meant her first set of antibiotics ever. That was fun!

The most remarkable thing about Eden’s development is that she TALKS! Not just a little. She talks A LOT. She can put short sentences together like “more juice please, mummy?” and “Mama, I phone Sarah please?” as well as “Put water in there please?” She is very good with her “please” and “thankyou” but believes that you can get pretty much anything you want just by saying please – “share chocolate please? PLEAAAAAASE PLEAAAAAAAAASE” is not unheard in our house… I’m loving being able to hold short conversations with her and getting an insight into what goes on in inside her little head.

Eden still loves to walk. If she had it her way, she would walk pretty much all day every day until she fell down with exhaustion. We do still take the buggy out, but we take our small one now instead of the bulky one. When we were in Disney she walked A LOT. She has a surprising amount of stamina for a two year old! She loves to climb things and usually narrates her intention to climb with “climb climb climb”. The narration is helpful as sometimes she does it BEFORE she climbs something – haha. Sometimes the biggest issue we have with her walking is getting her to SIT DOWN when she is tired. I think if it was up to her, she would walk until she had stumps for feet… She got a scooter for Christmas. I fear giving her wheels is a bad idea! 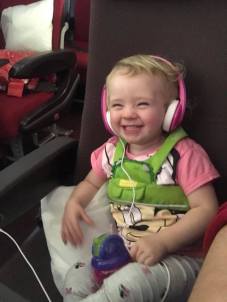 Between our last update at 18 months and this one, Eden has taken another two transatlantic flights. We flew London to Orlando and then Orlando to London. I was nervous because she haven’t flown with her since before she was a year old, but she did a great job! It was a little harder on the way out there, but she was entertained with Elena of Avalor, Mickey and the Roadster Racers and Little Baby Bum, which is essentially crack for toddlers. She sat through 53 minutes of nursery rhymes three separate times over a nine hour flight – go Little Baby Bum! On the way home she ate and then slept, so that was easy enough. Because she was two on the way home, she also got her own seat and she did GREAT!

Doc Mcstuffins is still largely her favourite thing in the whole wide world – she even has her own doctor set now and Doc outfit. She loves to give her toys checkups. Eden also loves learning makaton with Mr Tumble, and My Little Pony too. She loves Elena of Avalor (and was asking for her the WHOLE TIME we were in Disney) and Frozen. Over the last few days we’ve been watching the Toy Story movies, which she has also enjoyed. I love that her having some kind of attention span now means that she will sit and watch things and react to what happens. She’s got a massive amount of empathy and will often ask questions about what she’s watching. That always makes me smile.

At the time of writing, she still naps during the day. Just one nap, and it’s usually an hour or less. I’m sad that day time naps will likely soon some to an end. Generally if we dont go out during the day, it means no nap. She sleeps great at night – usually 10pm until around 9am and still in with us at the moment. We’re going to be getting her her own bed soon, though, so it’ll be an and of an era for cosleeping. She will still of course be welcome with us, but I think it’s getting important for her to have her own space sometimes. Cosleeping has been awesome for us. It wasn’t something we had ever considered but we fell into it and it ended up being the best thing for our family. 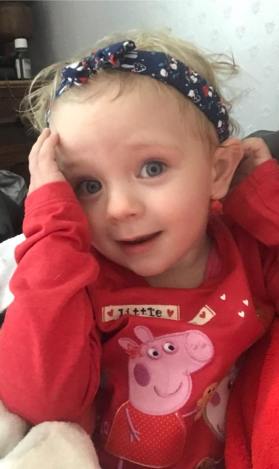 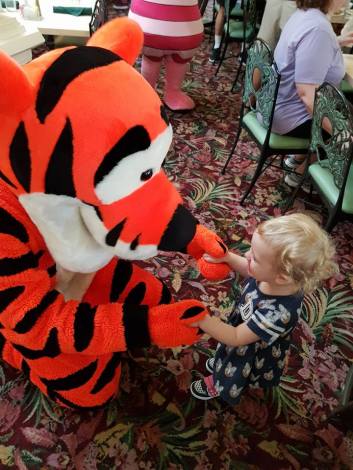 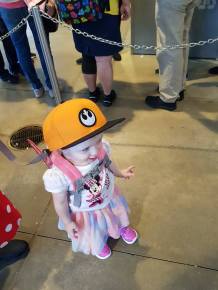 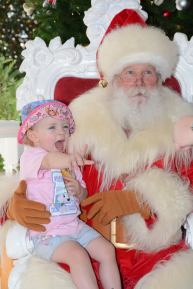 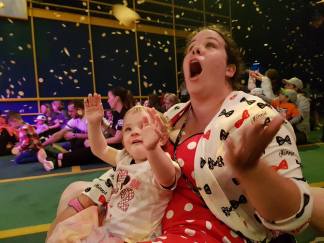 2 Responses to We Have A Two Year Old!