The Little Things That Tell Your Story…

Whilst adding a new keyring to my house keys (bear with me – I promise this is interesting!) I got to looking at what was on there and what I was adding. I’m one of those people who has a bazillion keyrings attached to their keys so that I can find them easily in my bag, but I haven’t added a new keyring for a while. 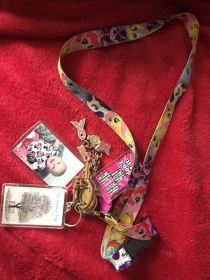 I’ve got all sorts on there and all of it has a story. There’s the My Little Pony lanyard, which I bought from Hot Topic  on a trip to New York. The pink “Ha Ha Ha! What?!” Keyring, which I originally bought for Amy when we first met. I’m, not sure how that made its way back onto my keys but it has. Then there’s the Hard Rock Cafe “Fight for a Cure” key charm, which was bought by my Mother In Law at the Hard Rock Cafe in London. They’re all things that allude to a certain time of my life. The carefree New York Holidays, the Hard Rock Cafe dinner that was a celebration of some kind (I can’t remember what, but the photos are on Facebook) and the ‘relic’ from when I first met Amy 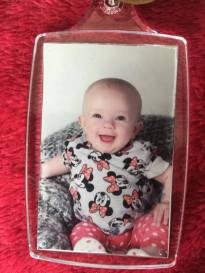 Obviously the picture of Eden was what I was adding this morning. We entered her in a
local modelling competition a few days ago, figuring it was free to enter and we got some lovely pictures, so why not? As part of our photo package we received two photo keyrings – so one went to Amy’s keys and the other went to mine. I love her smiley little face and how colourful the picture is. That morning we had just been swimming for the first time with her and we stumbled across the modelling thing whilst wondering round a local town centre. I wasn’t sure Eden would bring the smiles because of being so tired from swimming, but she smiled like a pro!

The other keyring that I haven’t yet talked about is from the 9/11 memorial. I bought it during a(nother!) trip to New York. We did a tour of the local area and of the Memorial with a guide from the Tribute WTC Visitor Centre. I will never forget that tour, because it was with a guide named Vic, who was the security manager for the Towers and was at work the day of the attacks. His story and the way he spoke about what happened gave a whole new perspective to what the world had witnessed, and I don’t think I will ever forget him or what he told on on that beautiful day in my favourite city in the world.

As part of the tour he told us about “The Survivor Tree”, which was badly damaged in the attacks and was retrieved as a severely damaged shadow of its former self. The tree was nursed back to health at a nursery in Brooklyn (I think it was Brooklyn!) and now stands as part of the memorial site. The year we went was the first year it had grown leaves as well, and I really took to heart the message about being able to recover no matter what life throws at you. 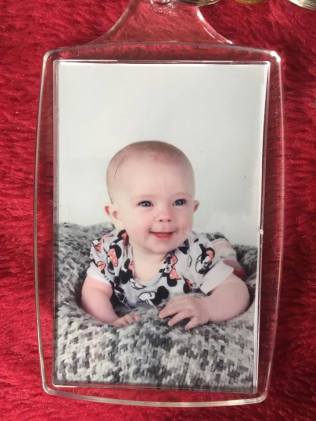 So, that’s why putting the new keyring on made me think. The Survivor tree keyring was bought at a time when I was deep in the infertility trenches, wondering if we would ever have our baby. I was low as hell, having just been through a sexual assault court case and working at a job where upper management had the unfortunate habit of treating everyone like crap. I bought that keyring as a reminder that things would get better. However bad it got, we would heal and move forward and as much as we wouldn’t be the same people as we were going into the storm, we could come out of it.

Adding on the picture of our little girl was like coming full circle. Funny how little things make you think, right?

16 Responses to The Little Things That Tell Your Story…