I know, I know. We’re not even at the end of 2014 yet and I’m looking to next year, but there’s plenty of reason for it.

This year has been a total roller coaster, so Amy and I started putting things in place for next year fairly early. Our plan is that no matter what happens with our trying to conceive journey, no matter whether 2015 is the year we get our rainbow or not, we know we have plenty to look forward to.

So here’s what late this year and the whole of next year is going to be like for us! 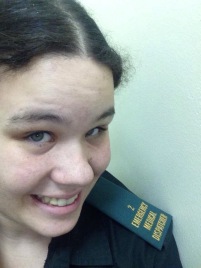 I’m starting a new job next month. After three years in a job that I thought would be my future career. Turns out it wasn’t, but that is a story for another post. Right now I am looking forward to no more night shifts, weekends off and most importantly having Christmas (the whole of it!) at home with my family! Ever since I was sixteen I have done jobs that have required odd hours and working on public holidays, but that’s all changed with this new job. Weekends off, I get to sleep in my own bed every night and bank holidays are a day off! I will miss some of my colleagues, that for sure, but I will enjoy having my life back. I’m also hoping that regular hours and a regular eating pattern will have a positive effect on my weightloss and therefore on my fertility. 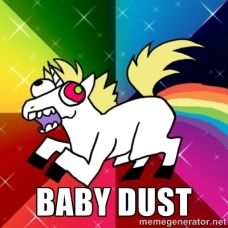 Clomid! Turns our my doctor is away until December 1st, which means its likely to be two cycles before I can get my clomid. I did have another option, which was to be referred to the hospital, but that in itself would take around six weeks. We figured that we wouldn’t actually save any time by being referred to the hospital, so we will try anyway during those two cycles and then I’ll get an appointment ASAP with the doctor to get hold of the prescription so that it is ready as and when I need it.

January 2015
Disney on Ice! With our friends and their little ladies! So very excited! We go to Disney on Ice most years, but this will be the first time that we’ve taken kids, so I’m looking forward to seeing it through their eyes.

Disneyland Paris! Again with the friends and the littles! By which time Ellie (our goddaughter) will be just over a year old. I can’t believe how the time flies. Today she stood up for the first time. It seems like only five minutes ago I was having her little newborn self placed into my arms and thinking ‘oh my goodness. Don’t break her.” So, I’m hopeful for a week of thrills and spills and meeting every princess that there is! Again,mwe be been before but never with children and not for about seven years, so I look forward to experiencing it all over again.

We get to go to the Queen’s Garden party, which is very exciting! Amy gets her British Empire Medal later this month, which I will be sure to blog about on the day.

Everyone is still so very proud of her, yet she still says she was “just doing her job”. A regular superhero, that wife of mine! Although we’ve definitely had struggles in the eighteen months since this happened, I feel like we have both come out of it stronger.

So, at some point we need to gather our finery and get ready to possibly meet the queen! Will be adding “get finery” and “practise saying ‘ma’am'” to my to do list.

November 2015
Holiday time! This year not New York for a change! We’re headed to sunny California to go to the original Disneyland Park in Anaheim. We’re also going to spend a few days in Hollywood soaking that up. Of course, there’s a Comic Con involved, but it’s difficult to get Amy out of the country without a Comic Con in there somewhere! I’m looking forward to seeing somewhere different for a change and soaking up some winter sunshine.

So, whatever happens within our trying to conceive journey, we know that things are going on in the next year. We’re trying to go down the “don’t stress” route at the moment. Not because it “helps” or anything like that as I don’t believe it does, but just because I just want to go on with our lives and it will happen when it happens. I know to some people that might seem defeatist, but I figure that we are giving it the best chance of happening every month just by having a well timed donation. There’s nothing more we can do. We’ll get clomid in probably January, and after six cycles of that will be put forward for IVF. We’ll be finishing up 2014 on nineteen cycles since we began trying.

Who knows what the future holds and how close our rainbow baby is, but either way 2015 is going to be a GREAT year.

This entry was posted in 2014, 2015, artificial insemination, Disney and tagged lesbian, plans, trying to conceive. Bookmark the permalink.