So, erm… How Does it Happen?

Posted on April 6, 2014 by Papa, Eden & Me
One of the most common questions we get asked as a lesbian couple that are ting for a baby is “how do you do it?” Some folk to go straight in with “so, do you sleep with your donor?” Which I tend to answer with “I’m a lesbian…” Others ask if we use a turkey baster. I would genuinely like to meet the guy who produces enough semen to fill a turkey baster. They’re rather large!
Anyhow, I thought I would write a post about how exactly we are trying to concieve. This method is the method that we use, and is not what every couple chooses to do. But obviously I can only speak for us!
So, where do we start? Take one set of mothers to be… 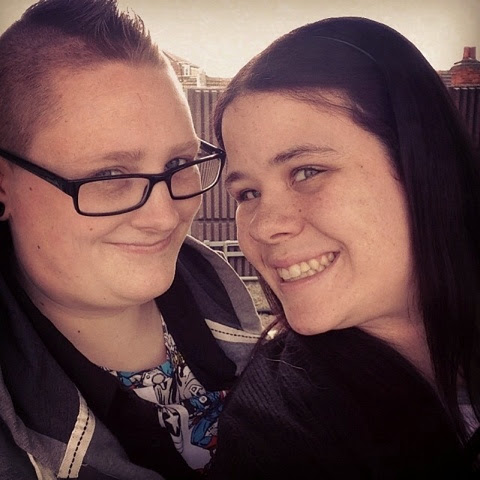 And find a willing and reliable donor, ideally with proven fertility from having their own kids or one or two other donor children. I got set up straight away on Fertility Friend in order to chart my temperatures to back up ovulation. Also, tracking fertility signs can helps you reliably predict ovulation. If you click the ticker with the dog at the top of this page it will take you through to fertility friend, where you too can make an account to track your fertile signs.
We also bought an insemination kit from ebay. I started eating healthily and exercising, and I mostly already function as if I am already pregnant, that way when it happens I won’t have to change anything terms of what I’m “allowed” and not allowed. I also bought a book and some vitamins, I chose pregnancy vitamins purely because they trying for a baby tablets tend to be expensive and they contain exactly the same as a pregnancy vitamin. 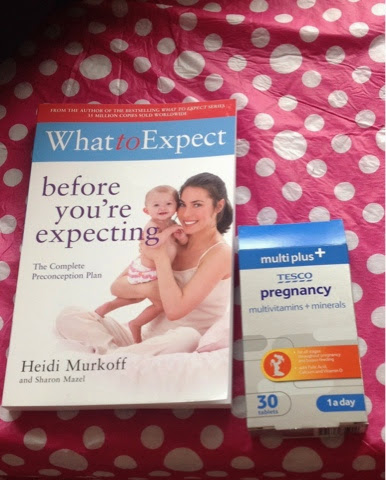 After vitamins, insemination kit, book and donor, what next? Well, it’s time to start peeing on things. Not just anything, but OPKs (ovulation predictor tests). There are many different types of tests varying in price, but I go with the cheap tests, again from ebay. You can pick up around one hundred of these for about fifteen pounds. When your opk looks like this, it’s time to get a donation! An opk is positive when the test line (near the end you pee on) is the same or darker than the control line (by the handle). This signifies the surge of LH (leutenizing hormone), which causes the ovaries to release an egg. A positive ovulation test usually precedes ovulation by 12-36 hours.

The opk is positive, you have arranged a donation. Now you need to get the equipment from your kit ready to insemination. Here’s where the magic happens… 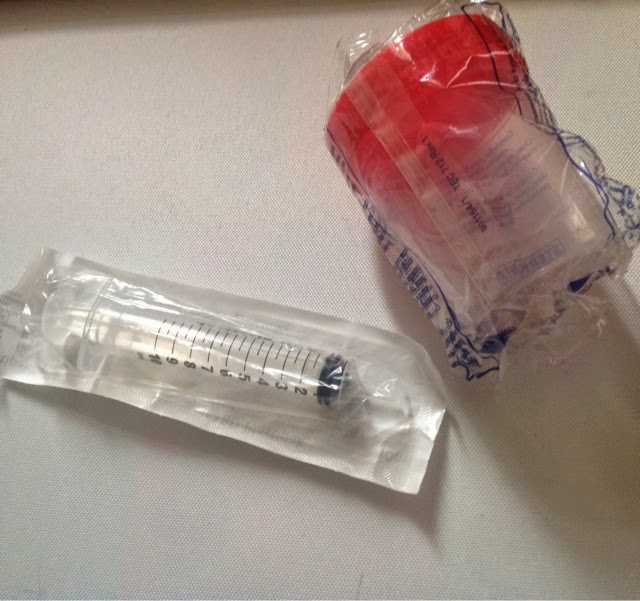 Wow… Magical… Right? This is a sterile pot and 10ml needleless syringe. What we usually do when the donor visits is we will leave the pot in the bathroom, he will head up and unwrap it and then use either the bathroom or our soare room to produce the donation. Amy and I usually hang around downstairs or take the dogs out in the garden to give him some time. We have no involvement in the production of the donation.
Once he’s done he will leave the pot with the donation in the bathroom. He then leaves after we give him his travel expenses. We then head upstairs and inseminate.
The easiest way we have found is to put a couple of pillows and a towel under my bottom to keep my hips elevated a little. Then Amy draws up the semen into the syringe, inserts it as far as it will go and then slowly releases the semed near the cervix. It’s easy enough to know where the cervix is, because you can’t go any higher than it usually. I will usually then stay laying down for fifteen to thirty minutes, or if we inseminate late at night I will just stay in bed! Some folk say an orgasm is helpful at this point, but I say if an orgasm was necessary there wild be a whole lot less children in the world!
We tend to use softcups, which are intended as menstrual cups but do a great job of keeping the semen where it needs to go. It’s not essential at all and a lot of people will say it’s not proven to make any difference, but all I care about is that it saves mess! Semen is gross! I usually insert one post insemination and leave it it for the maximum time of twelve hours.
So, about fourteen days after you ovulate, your period will be due. If it doesn’t show up, you can take one of these, although they are often accurate from about ten days post ovulation.

These tests came with my insemination kit, but there are lots of pregnancy tests on the market. Generally pink dye tests such as “First Response Early Result” are seen to be more accurate, and of course everyone loves a digital test. We’ve always said we won’t use a digital until we have a positive on a first response – “not pregnant” flashing up is really quite disheartening,
So, once you have a positive, time to sit tight for nine months and grow that little human! 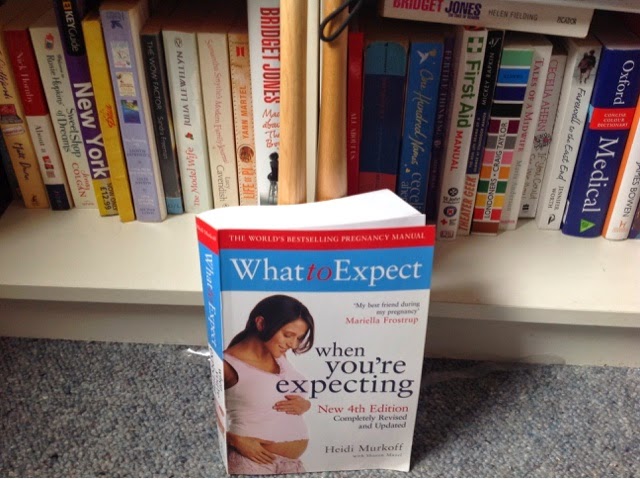 Then about eight months later, all being well, a new life comes I to the world, created by you and your partner,w it’s the help of your donor. Congrats, mummies!
I can’t wait for the day we have a little one to use some of the little things that we have bought. We’ve been quite restrained for a couple that started trying two years ago! 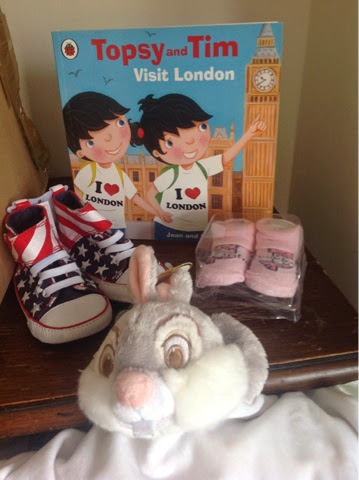 Anyway, hope that was helpful for clearing up some myths. Like I said before, a lot of ladies do this different. Some couples prefer the natural approach and do have intercourse with their donor, but that will never be an option for Amy and I.
#lesbian #TTC #donor #pregnancy #blog

This entry was posted in donor, insemination, lesbians, trying to concieve, turkey baster. Bookmark the permalink.

5 Responses to So, erm… How Does it Happen?