Funny How Things Work Out…

I was really losing my rag with this cycle, like seriously on the verge of giving up and waiting for AF, ready to start again next cycle. Then this showed up… 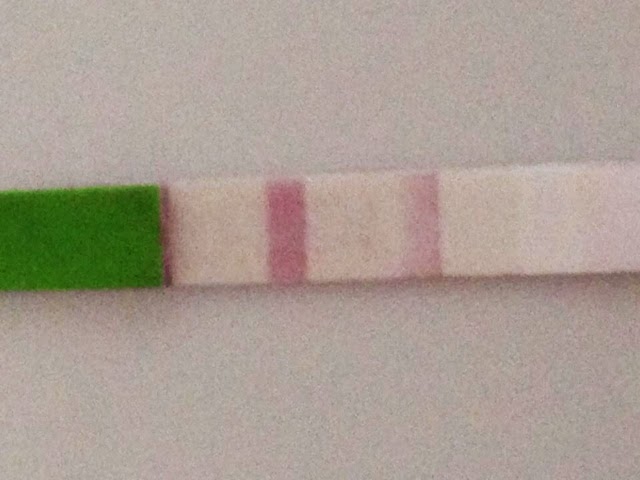 It was by far the most positive opk we had had this cycle, and it showed up two nights ago on the evening of cycle day 25. We decided it would be a good idea to get a donation the following morning, so we contacted our donor tend scheduled an early morning visit. When I say early, he was round our house at 530am – thank goodness for lovely donors! So, donation all done we settled to see if I would actually get a fully positive opk. I did a couple over the course of the morning and they were negative, which sucked.
Amy went to work and I had a nap, then headed out to meet a friend for a wander around London. We had lunch, then cupcakes. Not helpful for the diet, but the cupcakes were bloody good! They came from Primrose Bakery in London’s Covent Garden. Because I know you all desperately need to know what we had (haha), I had a chocolate cupcake with marshmallow frosting and pink sparkles, my friend indulged in a vanilla cupcake with purple frosting and rainbow sprinkles and we bought a malteaser cupcake for Amy. All lovely and so pretty to look at that it was almost a shame to eat them! 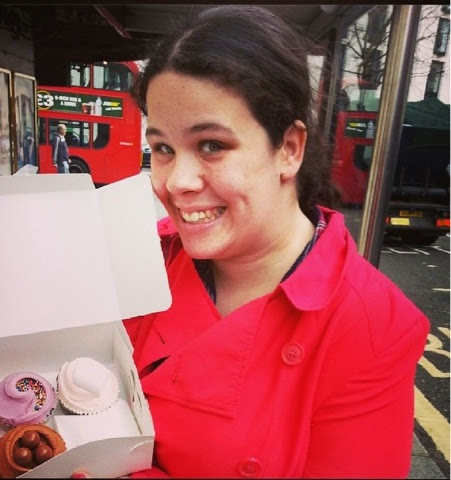 In the afternoon we headed to see our friends and their two little girls. We had a lovely evening of Chinese food, disney movies and snuggles with our god daughter, who has now reached the grand age of three weeks old! I’ve never seen a young baby quite so much and I was amazed by how much she had changed between when we last saw her two weeks ago and now. We also set a date for a visit to London Zoo next week. So excited!
We arrived home late at night and I did another opk. I didn’t even hang around to see it devleop and just went straight to bed. When I got up early the next day I realised the opk was positive. 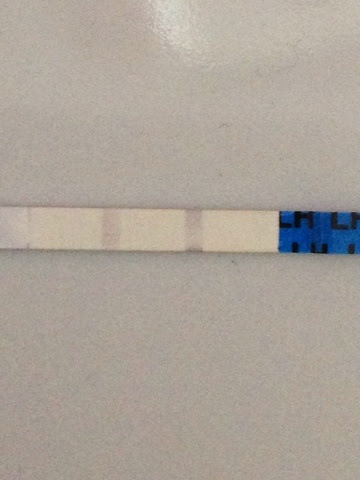 I don’t really trust the blue OPKs, but it was positive alright, and my temp rose as well. I wondered whether we had actually managed to catch ovulation! It’s unusual for things to be such a faff and then suddenly work out ok, so needless to say I will be keeping an eye on my temps over the next few days to see if they show ovulation. I’m also going to keep doing OPKs until I know whether or not I have ovulated. I still have the sneaky feeling that this month will be anovulatory, but we will wait and see. Needless to say next month I will not be touching the soy isoflavones as they seem to have sent this cycle completely into orbit!
That’s the thing with this trying to concieve business,. You just never know what is around the corner!
#lesbian #TTC #donor #pregnancy #blog